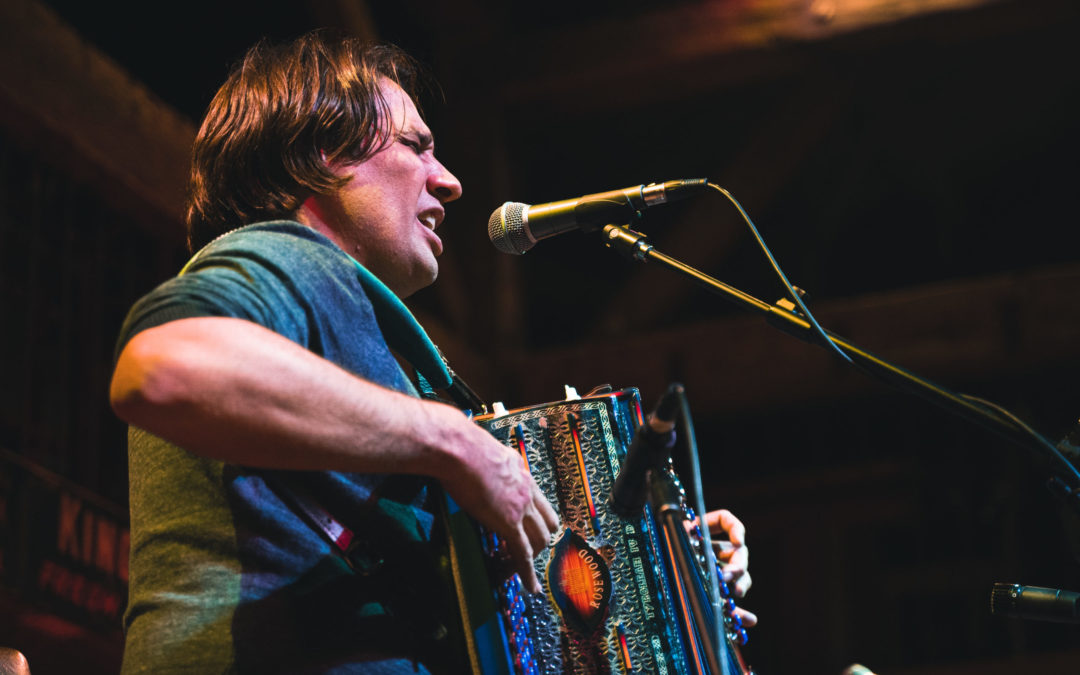 What a pleasure it was to have Alex Meixner of the Alex Meixner Band join us on Real Life Real Music this past Wednesday night! As a nationally acclaimed and Grammy-nominated musician, performer, producer and educator, Alex plays a variety of musical instruments but mostly focuses on the accordion- which he played for his captive audience. It’s safe to say we were truly blown away- it’s not every day you get to see such an old-school instrument up close and personal!

As many do, Alex inherited his love for music through his family- living in a household of professional musicians, he started his musical journey in the seventh grade as he performed all across the nation in his father’s band. Naturally, this inspired him to eventually go on to formally study music in college- focusing on ethnic, classical and jazz music along with the piano and accordion.

Today, you’ll find Alex as an active advocate for polka music, playing a wide range of cultural-inspired tunes to crowds all across the U.S. While polka music is definitely a niche genre in today’s society, there has been a rekindled interest- especially for those who have seen Alex Meixner perform. After all, “everything sounds better in polka!”

While his shows are all about upbeat energy and dancing, the core mission lies in creating community and acceptance through a musical appreciation of different cultures.“Music breaks down and communicates when words fail,” Meixner said. In a world where more and more people are building barriers against each other, music is a powerful tool that can bring people together. “When you hear all different generations of people singing along, you just think- this is what humanity needs more of.”

Having such a long career, Alex has had plenty of big-time opportunities come his way. Along with concert performances with the London Symphony Orchestra, and a One-Man-Band commercial for Hormel Pepperoni, Meixner played on the soundtrack for the Jack Black movie “The Polka King.” Turns out, he and Jack became good friends over the production of the film- Jack even helped Alex propose to his now-wife!

Just as it should be, Alex played us a variety of tunes inspired by different cultures- from a slow waltz written for his daughter, to a jazz-inspired duet with saxophone and clarinet player Michael Fortunato. He even threw in a Barvarian-inspired drinking song Why Die Thirsty– which went over well for this Texan crowd! When it came time to swap songs, our host and artist Kyle Hutton played one of his, titled If Jesus Lived in Houston… toying with the idea of Jesus visiting different Houston landmarks.

Having an accordion player such as Alex on Real Life Real Music was a first, and made for a truly unique experience. A huge thanks to our audience who came out to have some fun with us and played a part in this special show! For those who missed out, keep an eye out for the full video podcast episode to be released in a few weeks!