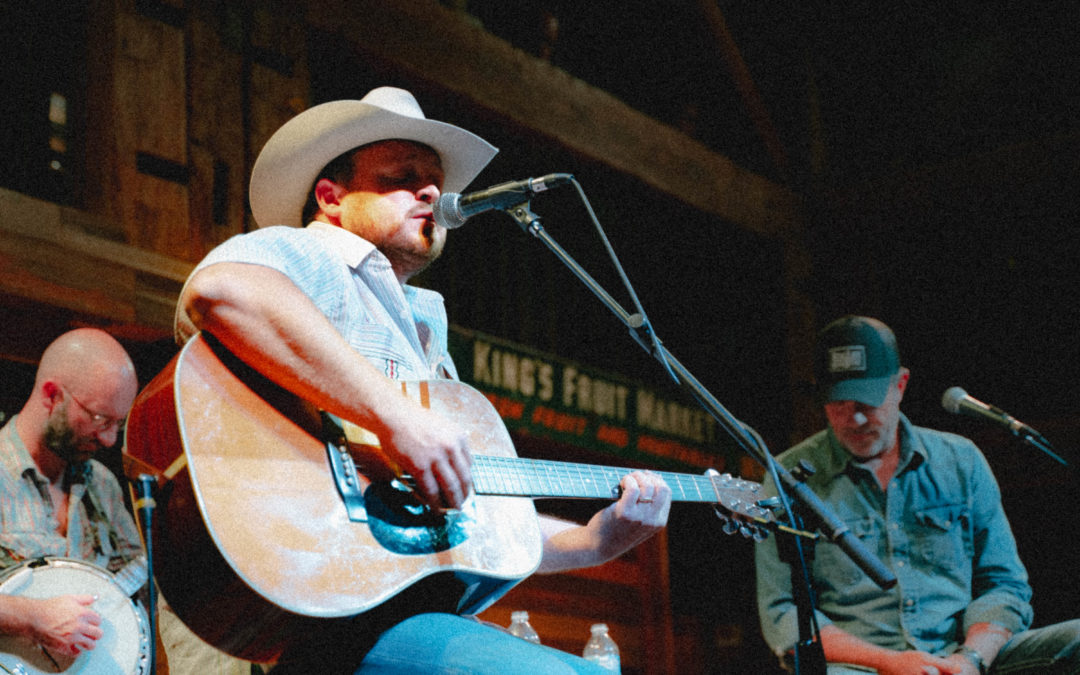 After six years, we finally got to experience the Josh Abbott Band on RLRM Live! Following unexpected knee surgeries and scheduling conflicts, we finally made it happen, even amongst the pandemic!

In a room full of avid fans, Josh started off the show with one of his classic songs, “You Ain’t Met My Texas Yet.” After being asked how his music career began, he playfully explains that the Texas desolation leads one to creativity in order to overcome boredom. No matter the reason, we’re grateful for it!

The band released their newest album, The Highway Kind, just a few days before sitting down with us on the Dosey Doe stage. In fact- we were the first crowd to have the new record! And though he knows fans love Front Row Seat, Abbott believes this newest album is the best work they’ve ever done. That’s always an exciting thing to hear from such a talented artist.

We were honored to be some of the first to hear these incredible tunes, in such an intimate setting no less. Abbott performed “Settle Me Down”, “Women & Wishes”, “Old Men & Rain” as well as “The Luckiest.” Josh explains that a friend had the idea to write a song about all the things you’re grateful for in life, and what you feel luckiest about. Naturally, he wrote it about his wife and daughter. But not too long after “The Luckiest” was written, his family grew, and his son was born! The Abbotts couldn’t help but name him Luck after the special song.

Abbott goes on to tell the story behind Until My Voice Goes Out, an eclectic album full of songs detailing the singer’s life experiences. Drawing parallels to the LP’s title, Abbott recorded the entire album in one night, from start to finish. No retakes or redos. In an unfortunate twist of fate, Josh’s father died of a stroke just a few days later. Luckily, Abbott was able to play his dad the title track, “Until My Voice Goes Out,” written about his parent’s love story, and fresh beginnings. It was the last song his father ever heard.

As the show was held on veterans day, Abbott was sure to honor those who have fought to protect our country, as we always should. Host Kyle Hutton followed that sentiment with his crowd-favorite song, “Skin in the Game,” honoring the bravery and sacrifice of those in the military. We think a few tears were shed!

Though both Abbott and the crowd wanted the show to go on forever, all good things must come to an end. After a long while of not playing shows, the band stayed around to meet with fans, discussing the new album. As fans of the Josh Abbott Band, we’re so honored they were able to spend their Wednesday night with us here at Real Life Real Music!

Missed the show? Keep an eye out for the full video podcast to be released on our Youtube channel on Friday, December 18th! Click here to subscribe so you don’t miss this, and many more amazing episodes to come!