The Honeymoon’s Over: An Evening with Cleto and Kaitlin 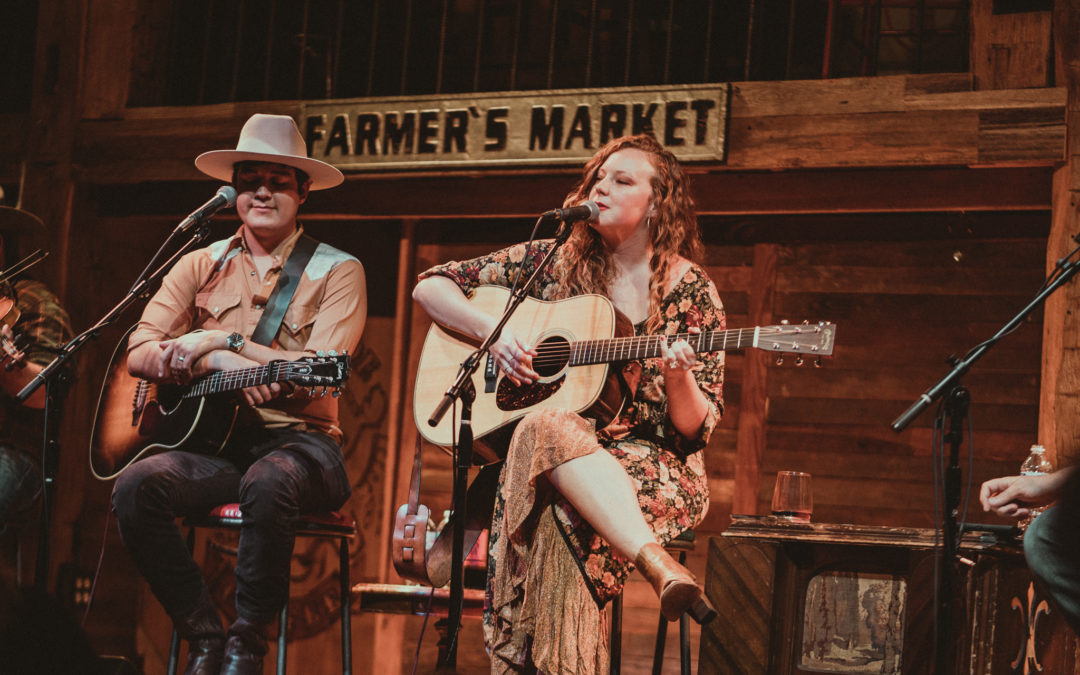 What a fantastic time we had with the Cordero’s last Wednesday night! We are so grateful that Cleto and Kaitlin graced us with the opportunity to be their very first show following the honeymoon. Fans enjoyed getting to experience the happy go-lucky energy the two were on just weeks following their wedding!

Cleto and Kaitlin are both incredible songwriters and musicians in their own right, but when they come together, magic happens. A few months before Cleto began writing Flatland Cavalry’s first album, he had heard Kaitlin on the radio and was amazed by her voice. Later on, when the band decided that their song “A Life Where We Work Out,” could use a female’s touch, Kaitlin was the first person who popped into Cleto’s mind. The two were introduced through a mutual musician friend, and the rest is history, so it seems!

The two traded off singing songs, with Kaitlin performing some of her hits, including the chilling “White River”, along with a few other newly debuted songs she wrote during quarantine. Cleto played a list of Flatland Cavalry fan favorites, including “Stompin’ Grounds,” “Devil Off My Back” and many more. The two opened up about how their relationship started, telling the story of how they were once invited to a party that didn’t have any booze, so they searched until they found a bottle of honey wine. As the night went on and things got looser, that first seed of romance was planted. Later on, Cleto shows Kaitlin the song “Honeywine,” ensuring that it wasn’t really about her… but we all know it was!

As a #RLRM first, our host Kyle Hutton gave audience members a chance to win signed show posters, if fans could share their best marriage advice. In tradition, as the night nears a close, Hutton debuts a new song he wrote with Cannon Brand, titled “Come and Take It,” a song inspired by the feelings accompanied with new, young love. We can’t think of a better way to cap off the night shared with great friends in celebration of the happy couple!

Keep an eye out for the video podcast episode release for Cleto and Kaitlin’s show on Friday, November 20th! In the meantime, head on over to our website and grab your tickets for an upcoming show.