Texas Songwriter Cody Hibbard is One to Watch 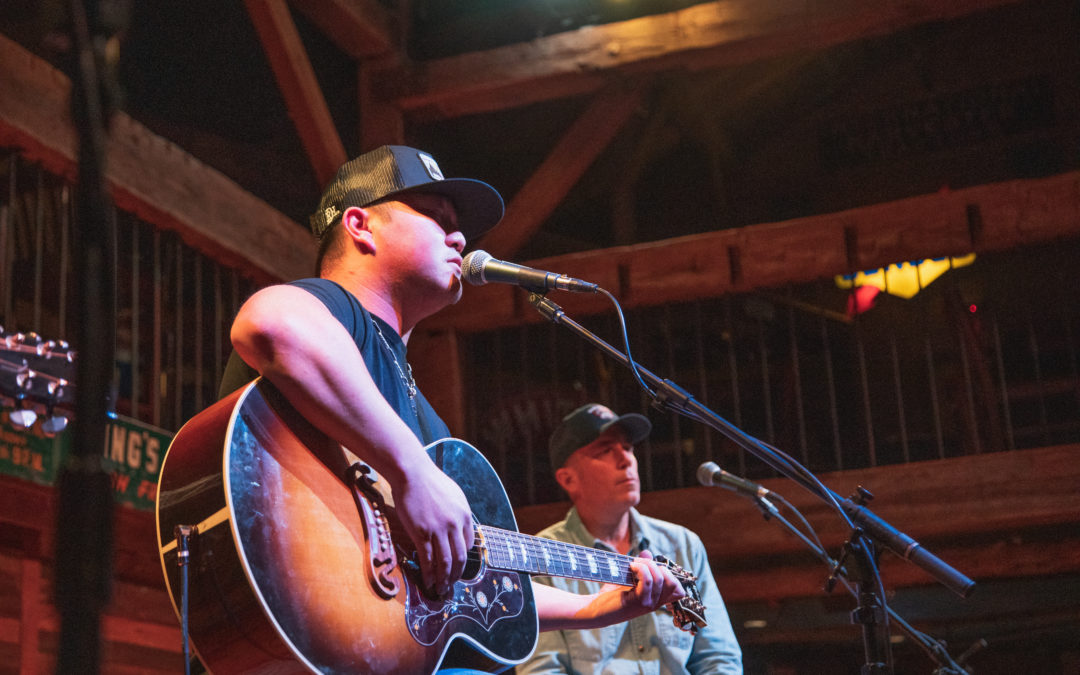 “Working, making money and providing for my family was the goal, until y’all showed me something different. You showed me that my dreams can become reality.” — Cody Hibbard

Real Life Real Music fans led to the big barn one Wednesday night, to catch an intimate performance and interview show with one of their favorite up and coming Texas singer-songwriters, Cody Hibbard. Cody was warm and welcoming— excited to play at Dosey Doe, a place where he and his family enjoy shows regularly.

Hibbard started off the show with the title track to his first album, Memory and Dirt Roads. He explains the song’s origin, speaking of his family’s farm in Oklahoma. When he was younger and dealing with heartbreak, Cody remembers driving up and down the dirt roads on the farm’s property, just reminiscing about the relationship. “That was all there was to do.”

Cody goes on to explain a little bit more about his roots, speaking of some of the albums and sounds that inspired him as a child. While he loved 90’s rock growing up, he was also influenced by his family’s musical habits. His mother sang in the choir at a church, and his father listened to a lot of 90’s country music. “Some of my first CD’s were by Brooks & Dunn, Sting, Garth Brooks and Alice in Chains.” You can clearly hear some of that heavy metal influence reflected in Hibbard’s country singing style!

Hibbard released his debut album right before the world shut down for quarantine. During those downtimes, he was able to keep writing, which led to some great singles such as “Ice Cold Therapy.” The song was inspired by his time at the pipeline, working alongside an older man who loved to drink throughout working hours. He would always ask Cody to get him a beer out of the cooler, claiming he needed some ‘ice cold therapy.’ After being stuck in his home for several months, Cody felt the same way… and the summertime single was born!

Fans were excited to hear an intimate rendition of Cody’s newest release, “Ask Your Mother.” The song is something of a love letter to his wife. When Hibbard was younger, he remembers asking his dad for girl advice, and his father would always tell him to, ‘go ask his mother.’ Now a husband and father himself, Cody understands why his dad would respond that way. His wife, just like his mother, really holds the family together. This song represents their strength and guidance.

We thoroughly enjoyed having such a down to earth artist join us on the Dosey Doe stage! Cody was truly an open book, and we enjoyed learning the background stories behind his songs. Hibbard shared that he recently quit his job in the oil field to pursue music full time, and we’re here to say he’s definitely one to watch!

Keep your eyes peeled for the FULL video podcast episode with Cody Hibbard coming soon to our Youtube channel! In the meantime, click here to subscribe so you never miss an episode.