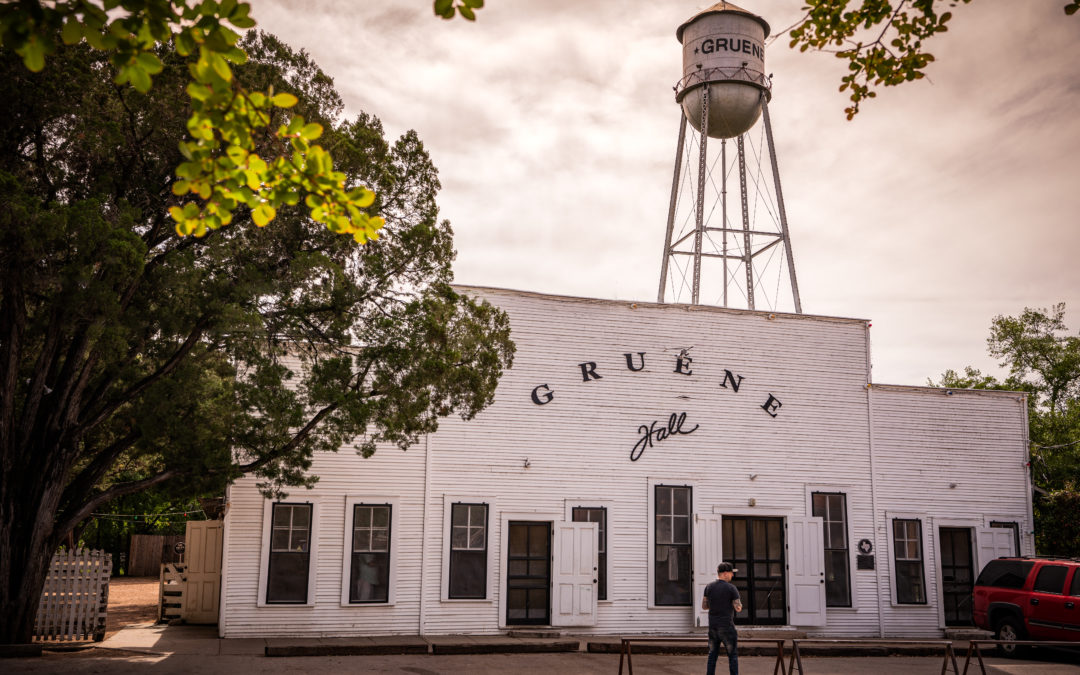 Over the past few weeks, Texas has started to reopen. This includes smaller-scale music venues, along with a few safety measures in place. Live shows were severely missed amongst the local country music scene, and so many artists are playing as much as they can. Our home base, Dosey Doe has even had three shows a week since reopening at the beginning of June!

With many us music lovers itching to get out of the house and see some shows, we thought we’d compile a list of some of the state’s most iconic venues, in case you’re in the mood for a road trip!

Of course, Gruene Hall is at the top of the list! Near New Braunfels, this might be the most historic venue of them all. Built in 1878, the hall has been graced with the likes of Garth Brooks, Willie Nelson, Merle Haggard, George Strait, Townes Van Zandt, Jerry Jeff Walker, Lyle Lovett and more. The interior has remained virtually the same since the beginning, full of historic Texas charm. They have several acts every week, so visit their website to see who’s playing next!

In the middle of San Marcos, you’ll find this classic venue and bar, built out of an old warehouse. Their doors opened in 1974, and the venue was soon known for the “Texas Outlaw” culture they embodied, mixing traditional country with rock, folk and blues. It was here that George Strait played his first gig with his then band, Ace in the Hole back in 1975. If you’re a Texas country fan and have never been to see a show at this venue, we urge you to go and experience it for yourself.

Stepping into this dance hall truly feels like a trip back in time. Being just one of the few attractions in the tiny ghost town of Luckenbach Texas, there’s a unique old western feel that is hard to come by. While you’re in the area, visit a working saloon and the preserved general store. However, the town is truly brought to life by the artists that continue to play at it’s legendary venue!

This Austin, Texas venue is now 56 years old! If you’re looking to have an authentic country music experience, don’t miss out on the Broken Spoke. They’ve been voted the best Texas dance hall by Texas Highway, based on their impeccable reputation for great live music and good southern food!

Each of these iconic venues has their own unique history, we hope you’re able to experience them all!