Season 11 kicked off with an amazing show by the Josh Ward Band! 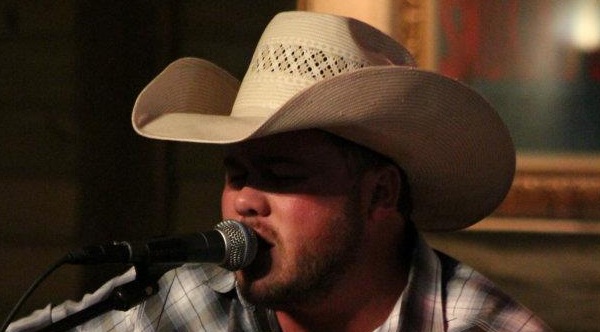 Last night I had the pleasure of attending the first Real Life Real Music show of Season 11 featuring The Josh Ward Band and there’s only one word to describe it – WOW! I was blown away by the rich, warm voice of lead singer Josh Ward and the full sound of the band. I’ve heard acoustic shows at Dosey Doe before, but having another guitar and fiddle really made a positive difference in my listening experience. Of course we all know the acoustics at Dosey Doe are phenomenal, but to hear these talented musicians play their hearts out together as one, it was just amazing.

Josh was backed up on guitar by his bandmate Eric Smith. Eric took over lead guitar on a couple songs and showed off his skills. But my personal favorite was Mike Calley, the fiddle player, who added a whole new dimension to the songs. Evidently host Kyle Hutton has quite the history with Mike from playing together in the early 2000’s, and they jammed out on a rousing cover of “Milk Cow Blues” that was quite entertaining.

As host Kyle Hutton stated early on in the show, Josh’s kind of music just fits perfectly with the ambience of the Dosey Doe barn – down home country. Josh talked about the influences George Jones and Merle Haggard had on him and stated that “honkey tonk is in me.” That flows out in his music, especially on such traditional country songs as “Lonely” co-written with Jody Booth, and “Beginning to End.”

Two other songs that stood out were “Promises,” the title track off Josh’s latest album, and “Sent Me You,” written by Scott Brown. These songs are polar opposites on the sentimental scale but show just how diverse an artist Josh can be. “Promises” is an up-beat, comical song about a woman on the prowl at the local dive bar breaking her marriage promises.

The final song of the night, “Sent Me You,” is a song that really touched Josh when he first picked it up, so much so that he had to stop playing after the first line. He tells the story of sitting in his living room with his wife and being overcome by the lyrics during a time he says was a rock bottom point in his career. The song is about being thankful for all the good things in your life, especially for the woman beside you during all the ups and downs.

As host Kyle Hutton stated in closing, he was a Josh Ward Band fan before the show, but he’s a much bigger fan now. I feel the same way.