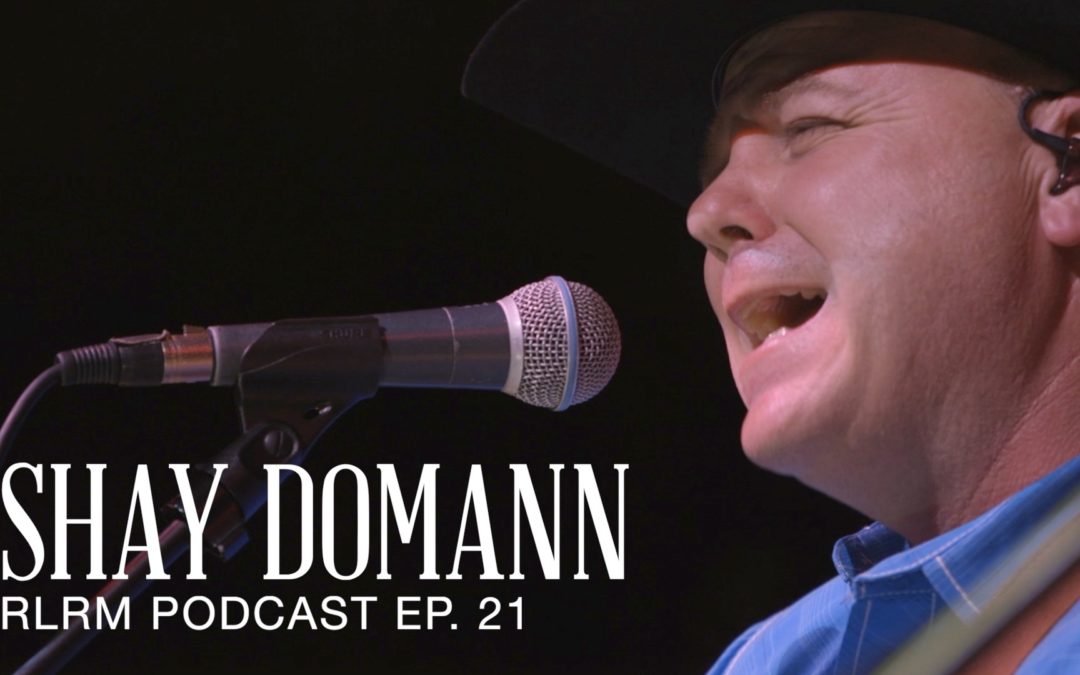 Our latest RLRM video podcast with artist Shay Domann is out now! As a Tomball native, he was playing to a familiar crowd at Dosey Doe. Domann has that classic country sound, perfect for easy listening just about anywhere. We were honored to have him on RLRM and dive deep into learning more about his background, and the stories behind his songs.

To kick off the show, he played one of his signature songs, Get Loud. Domann wrote this song upon feeling as though he needed an up-tempo tune in effort to get away from his usual sound… something that people could listen to while driving along the highway, sing along and enjoy themselves. But, it’s not just a party song like many seem to think. He revealed that the song’s true message is about a performer dealing with addictive substances, and the only place he feels comfortable is up on stage. He wants to get better, but he’s worried if he gives up his “vices,” he won’t be able to enjoy the only thing he loves anymore- being up on stage. But don’t worry- he claims the song is  not autobiographical!

Domann started his music career back in high school. Originally, he just wanted to be a rock guitarist, inspired by artists like Van Halen. After going out and buying a guitar, he ran into a few obstacles and ended up taking a break for a while. Then one day he picked it back up and hit a power chord in a stroke of luck- which inspired him to really learn how to play. Overtime, his tastes began to change and eventually he fell in love with country music. The rest is history!

Before the age of social media, artists got discovered in a different manner. There was no Youtube or Spotify where people could listen to your music. “You’d put your name up in the music store, and just write it a bunch of times and rip it to where someone could come snatch it off and call you,” Shay explained. Eventually, a band ended up calling him to fill the role of a lead singer, and during one summer in college he started playing shows regularly, making about $50 a night. During that time, he tried his hand at songwriting, and that’s when he really began to make his own music. We’re glad he did!

Our audience loves singer-songwriters, and Domann embodies that classic country sound combined with songwriting that comes from the heart. Check out the full video podcast episode up now on our Youtube, and explore plenty of other episodes for you to enjoy at any time. We hope to see you at the next live Real Life Real Music show, you never know who’s playing next! Check the schedule and purchase tickets on our website!