Real Life Real Music and Dosey Doe are Featured on Fox 26 as part of their Hometown Fridays Special on The Woodlands, Texas 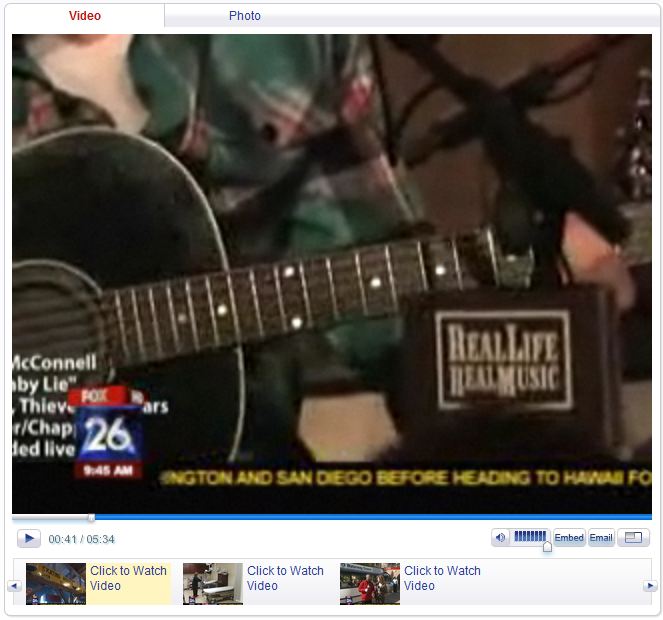 FOX 26 Morning News is visiting great cities surrounding Houston each Friday over a period of several weeks. The Woodlands was the third city featured during Hometown Fridays.

Reporter John Donnelly visited Dosey Doe Coffee Shop to spend time with owner, Steve Said. As part of the special, footage from Real Life Real Music shows with Sean McConnell and Folk Family Revival was used several times during the special that aired between 6 AM and 9 AM on November 11, 2011.

Watch the video below to hear some of the history of Dosey Doe. It’s an amazing story and we are so happy to have been featured.