Big smiles and lots of fun with The Rankin Twins 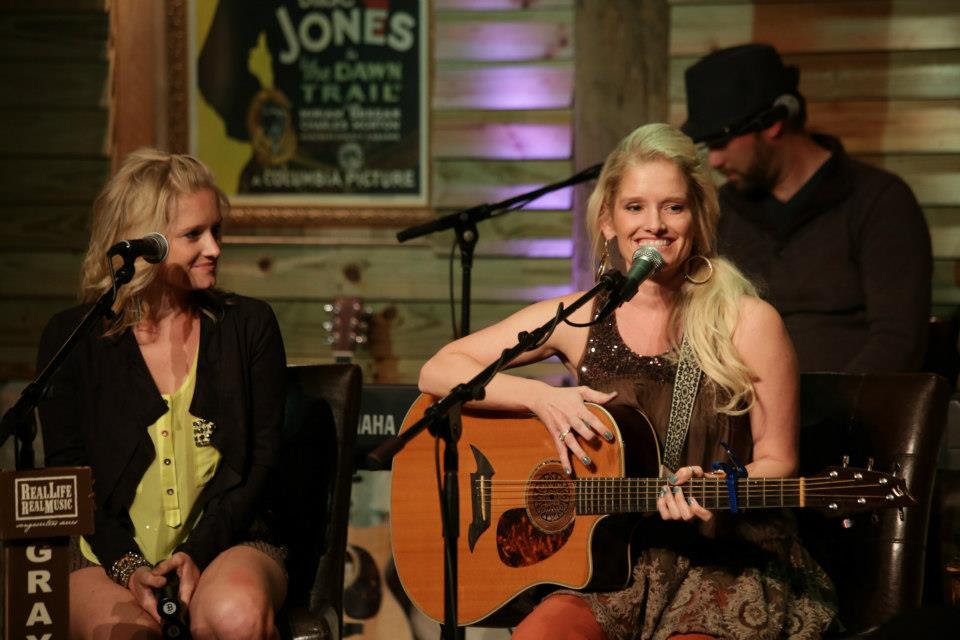 Big smiles and lots of fun with The Rankin Twins

When April and Amy Rankin of The Rankin Twins took the Dosey Doe stage last Tuesday evening, everyone in the audience just knew we were in for a good time. The twins showed big smiles and southern hospitality right from the start and never let up throughout the 90-minute performance. The first song they played was a co-write off their album, Silver Lining, called “You Can’t Have It All” which is apparently a famous Rankin family saying.

Amy, the instigator behind the twins’ musical career, played acoustic guitar and her identical sister, April, kept the beat with various percussion instruments including shakers and tambourine. Michael Davids on piano and mandolin completed the group. The three joked that they all got along very well and that came in handy during those long car trips to gigs between cities. Michael even complimented Amy’s driving skills!

Newlywed April kicked off the second song, one she wrote about her new husband and all of his faults, but she loves him just the same. “Wreckin’ It” is very up-beat, fun, and of course twangy. April also wrote “Gypsy Girl” during the time when Amy was in between relationships and sleeping on her couch – she claims she tried to write a sweet song about her beloved sister, but it came out very sassy!

The girls grew up in a small town in south Texas where they were tomboys and not really interested in music. Told they couldn’t be in the high school choir because they were “too twangy” they pursued other interests until music re-entered their lives after winning a Dixie Chicks look-alike karaoke contest… and now, that twangy-ness is their signature!

The first EP April and Amy made, Headaches & Heartbreaks, was right after Amy had a brain tumor removed. Realizing life was short and with some success under their belts, Amy Googled “how to form a band” and things began to fall into place. With a little help from country music artist Cory Morrow, the girls’ career is headed in the right direction.

Slowing things down mid-way through the evening, host Kyle Hutton played his song, “Lucky Moon” dedicated to his wife. The twins followed that with a waltz off their upcoming album, Moonshine & Maybes, called “As the Music Plays,” a co-write with Django Walker.

The twins got on a roll after that, playing edgy songs like “You’ve Got the Heart” (that I’ll never break, promise!) and “Jezebel,” one they didn’t write but was tailor-made just for them. They ended the show with their current single, “Holding Pattern” about being in a relationship that’s neither good nor bad, it’s just not going anywhere.

To hear more from The Rankin Twins, check out this video from the time they spent with Real Life Real Music in Colorado at MusicFest: http://youtu.be/fL57UKf_VyQ