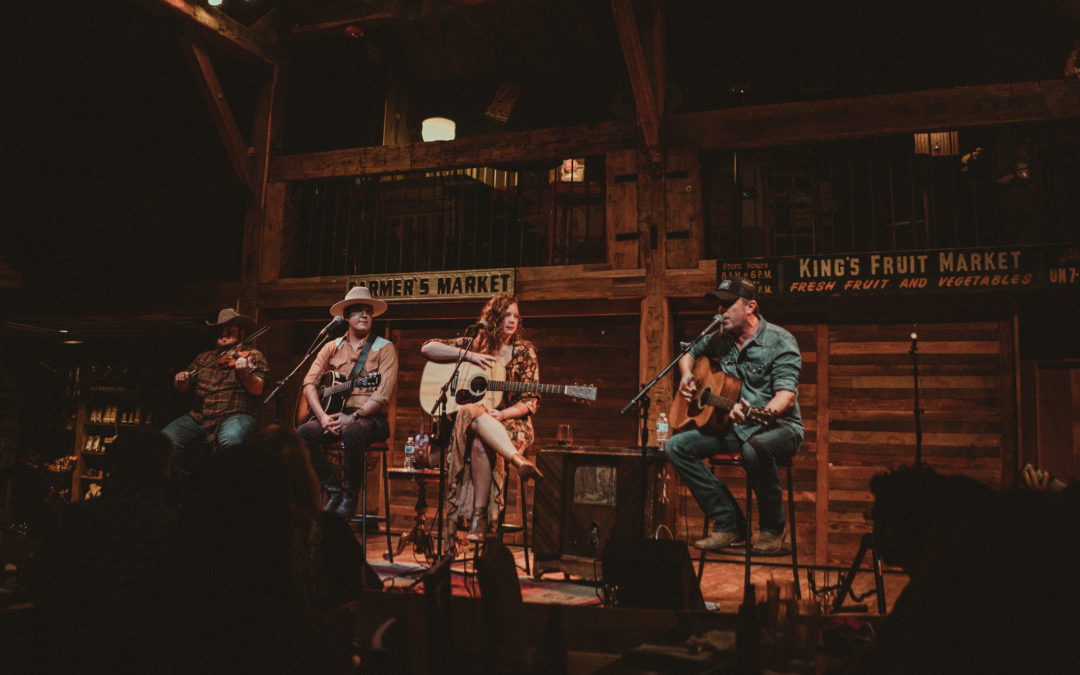 What a crazy year 2020 was! Although we had our fair share of postponements and cancellations, our #RLRMLive lineup ended up being pretty great, and we learnt a lot along the way. Today, we want to look back and share some of our favorite moments from 2020!

Back in January, we kicked off Season 20 of Real Life Real Music with the incredible Randall King. His show was truly one for the books. With a packed crowd full of some die hard fans, this was a super fun episode we’ll never forget. At the time, Randall was (and still is) a rising star in the country music scene, so we considered it a real privilege to sit down with him in such an intimate setting. In just a few years, we may see him selling out arenas!

Following Randall, we had a rather unexpected guest join us in February, the ever-talented Alex Meixner! As a nationally acclaimed and Grammy nominated musician, performer, producer and educator, Meixner loves all things polka. Though he’s versed in a wide variety of different instruments, he focuses on the accordion. For many of us, it was our first time seeing an accordion performance, and what a unique experience it was!

Alex also gave an insightful quote, which ended up being very fitting for all that was to come just a few months later. “Music breaks down and communicates when words fail. In a world where more and more people are building barriers against each other, music is a powerful tool that can bring people together. “When you hear all different generations of people singing along, you just think- this is what humanity needs more of.” This rings so true!

Then March rolled around and quarantine hit, which forced us to cancel the rest of our Spring lineup. After a long hiatus, we returned in July with the incredible Josh Weathers! His unique take on Texas soul music put us all in a good mood- live music was back! But not for long…

After a few more months of postponements, we picked back up in September, and began our busy Fall season! We had some incredible guests, including husband and wife duo Bruce Robison and Kelly Willis, Cleto Cordero and Kaitlin Butts with their first performance as newlyweds, local songwriters Jeff Canada and Daniel Holmes, and American cowboy Aaron Watson. And as one last hoorah, we closed out the year with a long awaited RLRM episode with the Josh Abbott Band!

To all our fans and listeners, we want to say thank you for sticking with us this year, and supportinging Texas country musicians whenever you’re able. Your support does not go unnoticed! Here’s hoping 2021 will be filled with even more shows, music and songs!