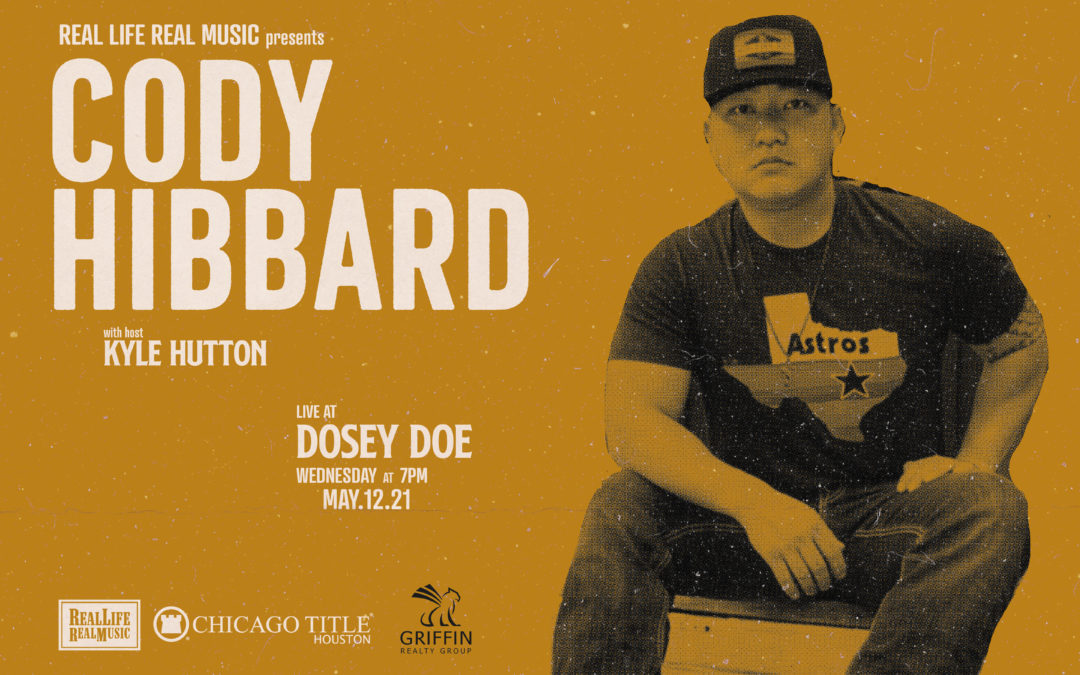 Cody is an Oklahoma native, but a true Texan at heart. He grew up on his family’s farm in Adair, OK, then later went on to join the United States Naval Academy. The hard work and discipline he learned there has served him well as he continues to pursue a career in music. He has the desire to work hard and follow his dreams, which has landed him touring opportunities with Bart Crow, Josh Ward and Sundance Head.

A few years back, Hibbard moved to Conroe, Texas hoping to land a job in the oil and gas field. Out of a deep love for country music, he took up music as a hobby on the weekends, never really expecting it to go anywhere. Before he knew it, he began to gain some local traction, and eventually found himself at Rosewood Studios in Tyler, Texas recording his first single, “Half Whiskey, Half Lonely.” The rest is history!

“If it wasn’t for Conroe, I wouldn’t be doing this. There’s so many great musicians in the area and so many people that believe in each other.” – Cody Hibbard

Just a few months later, right before the worldwide pandemic hit, he released his first ever EP titled Memory and Dirt Road, which earned the No. 25 spot on the Texas Music Pickers Spotify charts. It did really well, considering it has been added to the New Music Nashville and Texas Music Now Spotify editorial playlists!

Additionally, Cody has released a few other singles, namely “The Truth,” “Armed and Dangerous,” “Ice Cold Therapy,” and “Ask Your Mother,” that came out just a few weeks ago!

Don’t miss your chance to see this up and coming songwriter perform his craft in one of the best listening rooms in the country, the Dosey Doe Big Barn! Grab your tickets online here!