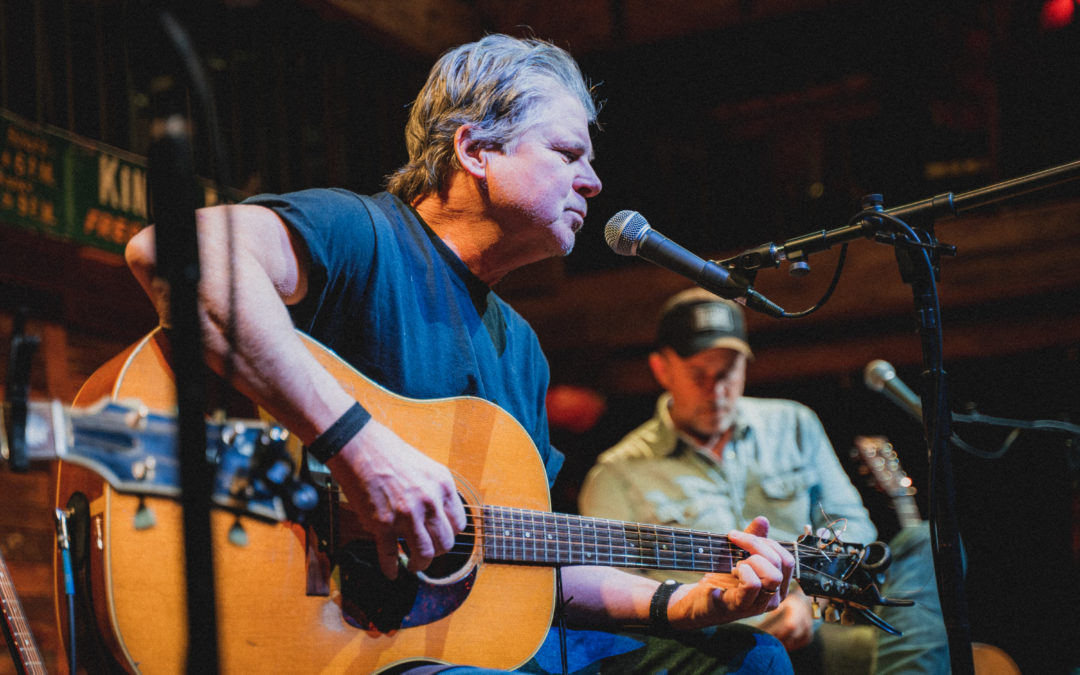 What an evening we had with ever so talented singer songwriter Chris Knight! We couldn’t have asked for a more perfect show to kick off our 2021 season, with a crowd full of dedicated Knight fans. Being from Kentucky himself, sitting there in that old Kentucky barn, Chris was right at home.

The night began with “Little Victories,” which is an incredibly humbling tune. If you haven’t heard it before, we recommend everyone to give it a listen. Knight is famous for his hard-hitting writing style, that is both honest and blunt. Though this song was written back in 2012, it feels as though it was written this year, as the song’s frustrations and struggles seem to draw parallels to what the world is currently going through.

“Little victories, they’re alright with me.

Some days that’s all I need.”

Knight shared about his upbringing, talking of the famous plastic guitar he received for Christmas at just 3 years old. But his love for music truly sparked when he picked up his first “real” guitar, playing it from dusk to dawn. From that point forward, you could find Chris constantly learning new songs, as well as writing his own. In fact, the first song Knight remembers singing is the classic Texas tune, “The Yellow Rose of Texas.” It’s no wonder he was eventually named an honorary Texan!

As for his early musical inspirations, Knight’s brother had a big impact on Chris’ musical journey as a young boy. He had a big record collection, so Chris was constantly discovering new music. Some notable influences include John Prine, Rod Stewart, and the Doobie Brothers, just to name a few.

While going through college, Knight began having doubts about pursuing a musical career. “I was always torn between an irresponsible singer songwriter, and actually making a living.” And so, he sold his guitar, leaving his music dreams behind for about three years. It wasn’t until one day, while walking through the mall, Chris spotted a guitar on the shelf. Long story short, he picked it up and couldn’t bear to put it down. It was then that his career truly started. Knight began playing shows all around Nashville, where he got the attention of a music producer in the audience, and the rest is history!

Chris finished off the night with a few fan favorites, including “It Ain’t Easy Being Me,” the first track on his debut album, “Send It On Down,” which was originally written for and covered by Lee Ann Womack (hear Knight’s version on his latest record), “Becky’s Bible,” and his career-defining song, “Down the River.”

“I don’t ever get tired of playing it,” Chris says. “Down the River” is Knight’s most well known song, inspired by the time he spent by the river as a kid, fishing and boating with his dad and brother. While the story isn’t true, the song remains haunting in its’ cadence and melody. The song perfectly captures the mysterious world of Chris Knight.

And so another amazing Real Life Real Music Live is in the books! A huge thank you to everyone who came out, and for those who couldn’t, you can enjoy the full video podcast available to watch on our Youtube now!