An Evening With the King 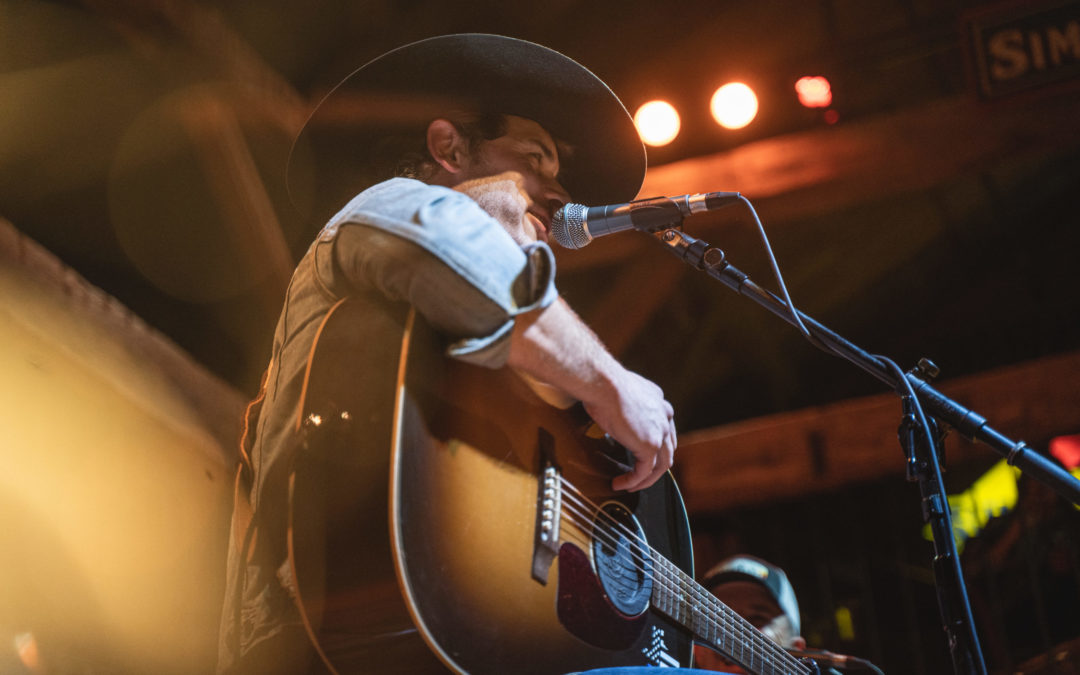 Ladies and gentlemen… what a fantastic evening we shared with Mr. Randall King! A huge thanks to everyone who came out to be apart of the show and support the artist behind the songs.

Randall is rising quickly in the country music scene, and it was truly a privilege to be able to get to sit down with him in such a small venue, to hear exclusive stories and stripped-down versions of his songs. In just a few years’ time, we may see him selling out arenas! It was an intimate show that his fans will never forget, that’s for sure.

King shared stories, laughs and even played us some never before heard music… a few songs that may end up on his next album, and some that may be exclusive to this episode of Real Life Real Music! Here are a few highlights of the evening…

One of the greatest things about King’s songwriting- what his fans fell in love with- is his authenticity. He only writes songs on topics that speak to him personally, that he can relate to. All of his songs are inspired by experiences he’s had, if not a true story. “If I don’t love the song, and I don’t believe in it, then I’m not gonna write it. If I don’t believe it, then how can I expect you all to believe it?”

‘Mirror, Mirror’, his biggest hit, was played early on in the evening- and Randall told us the story of he, Brandon Adams and Dalton Domino writing it while sitting in the back of a truck bed. Adams came to him with an idea for a “super country” song that didn’t quite work with anyone else he had tried to write it with. Turns out, King was the perfect crooner for the job. They had the idea for the opening line, “Mirror, mirror on the wall…” and the rest was history.

In a happy coincidence, on the same day as our show, Randall’s music video for his newest single ‘Hey Cowgirl’ was released, completing the three-part series of singles all about the different stages of heartbreak. ‘She Gone’ was his first single to kick off the series, all about the realization of a breakup and how it feels to be blindsided. ‘Burn It At Both Ends’ was the follow-up, representing the “meltdown stage,” King said. To close the chapter, he wrote ‘Hey Cowgirl’ about the final stage, acceptance- “like when you’re driving down the highway and you pass each other, but you both know you’re going on to do better things.”

Our show host and singer-songwriter, Kyle Hutton, played one of his unrecorded songs ‘Skin in The Game,’ while King played backup guitar. The song talks about Hutton’s personal experience with a friend’s child joining the military, reflecting on how “freedom is different with skin in the game.” Upon finishing, Randall asked Kyle “why he’d been sitting over there with that one in his pocket!”

As the evening went on, King got personal, sharing childhood memories and stories of both his father and grandfather, playing some songs he had written inspired by them and the impact they had on his life. Turns out, Randall’s father is the one who fostered his love for country music, and we’re so thankful he did.

If you couldn’t make it to the show or simply want to relive the night, there will be a full, uncut video version of our podcast with Randall up on our Youtube channel, for you to check out anytime! Subscribe to Real Life Real Music and keep a lookout for the episode release February 7th!